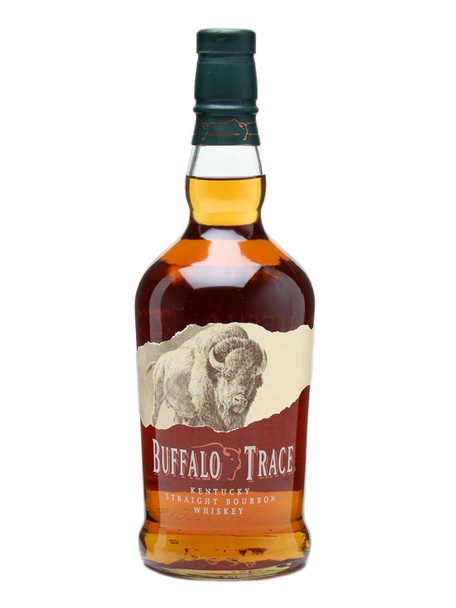 Ancient buffalo carved paths through the wilderness that led American pioneers and explorers to new frontiers. One such trail led to the banks of the Kentucky River where Buffalo Trace Distillery has been making bourbon whiskey the same way for more than 200 years. In tribute to the mighty buffalo and the rugged, independent spirit of the pioneers who followed them, we created our signature Buffalo Trace Kentucky Straight Bourbon Whiskey.

MSRP:
Now: $19.99
Was:
Mix up your favorite cocktail with a sophisticated, contemporary flair with this worldwide favorite. Enjoy this smooth and mellow Bourbon with its long and soft finish. Savor its unique aromas and...

MSRP:
Now: $34.99
Was:
Distilled and aged in Kentucky the old fashioned way, in small batches and aged in heavily charred new and hand built American Oak barrels. A unique blend of 88 proof, aged a minimum of 5 years in...

MSRP:
Now: $59.99
Was:
Eagle Rare Kentucky Straight Bourbon Whiskey is masterfully crafted and carefully aged for no less than ten years. The rareness of this great breed of bourbon is evident in its complex aroma, as well...

MSRP:
Now: $36.99
Was:
Excellent 12 year old single malt from the Glenlivet Distillery in Speyside, which enjoys its maturation in both European and American oak casks. It's an immensely popular expression which...

MSRP:
Now: $64.99
Was:
This 15 year old expression from The Glenlivet, was matured in French Limousin Oak casks. Limousin Oak is a popular choice for maturation of Cognac. The nose is rich and oaked. There are notes of...

MSRP:
Now: $159.99
Was:
The Top Cuvée from Veteran Producer Don Julio, named in honour of founder Don Julio Gonzalez-Frausto Estrada, who first distilled Tequila when he was just 17 years old in 1942. This tasty...

MSRP:
Now: $16.99
Was: $19.99
Tender and refreshing plum, peach and dried fruit aroma with a touch of bitter chocolate. Refined and delicate taste: intensity of black currant with soft sweetish overtones.

MSRP:
Now: $1,649.99
Was:
In Erebuni this 50 Year Old Brandy was created as an elegant expression of the art of Armenian brandy. It has been crafted by master blenders using refined spirits, including some of the oldest casks...

MSRP:
Now: $35.99
Was:
This classic Speyside single malt Scotch whisky from Glenfiddich was the Winner of a Gold Medal at the 2007 International Wine and Spirit Competition, aged for 12 years in American and European Oak...

MSRP:
Now: $99.99
Was:
The ARARAT Nairi XO brandy is in itself an outstanding achievement, making it the ideal way to mark significant milestones or commemorate personal victories with a ritual of your own.  Color -...